Don’t you remember? That was me you whispered your dark stories to.

Me you held next to your heart all night.

Don’t you remember when you took me onto you in the cold quiet and let me think I was beautiful?

My heart knows you now, but I will not tell my soul how it turned out. 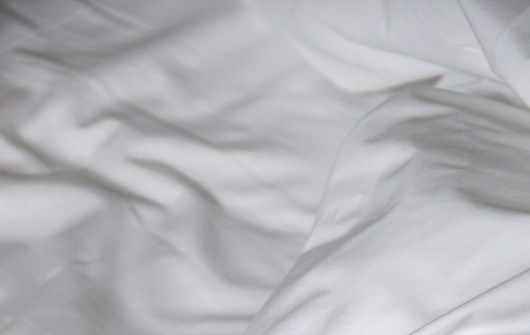 Reading the preface to a best-seller is a bore. Writing one must be worse. It’s like trying to keep the attention of the cute guy at the cocktail party by talking about yourself. Your mouth is moving, but you sense he isn’t listening. His eyes are scanning for something, someone—else.

Seeing this lapse in his attention you speed up a bit. You coyly augment your story with your humble greatness. You make intelligent jokes and drop names. Finally, you throw your hair back with a knowing shake. None of it works. He’s gone. He’s gone directly to Chapter One, that bitch who puts out within the first few paragraphs. She’s not refined. She doesn’t hold back.

Earth Day in the Garden

Every Earth Day I do something like pick up trash in the neighborhood. We live off a postcard perfect old road that used to be an indian trail. It runs along a small hill and traverses the creeks and in and out a narrow bank of craggy oaks and walnuts. Living in northern Illinois, which is flat, I was drawn to the trees and hills, mini forests really, that still dot the land, although they are dwindling as the population of Chicago

moves further and further west. I used to say we are so far west we’ll be in Iowa soon.

Prairie does not speak to me. It is too quiet. It is too dry. The wildflowers, with their thin petals, are not enough to satisfy this water girl. I prefer lush greens from wide leaves. Huge blossoms that hang heavy on the stem, almost tropical, but in beautiful balance with humidity, light and loam.

Ah humidity, my friend. My gardens in Illinois, once I learned how to amend soil, are soul-satisfying because of it. Each home we’ve had has benefitted from my gardening, however one family who bought my forever house, has planted over one garden with grass. Too much trouble for them. They preferred a fire pit which they planted smack dab in the middle of the shade garden, among the ferns and forget-me-nots, jack-in-the-pulpits and foam flowers. They even tore out the best species of viburnum that I propagated from a 4-inch hardwood twig in the middle of winter, kept under a heated cold frame for months until roots and leaves emerged. I stalk the old house and dream of rescuing plants. Stealing, really, but I don’t think they’d notice.

So today I am going to the corner to clean out the small bog with the cattails that catches plastic bags and pop containers, putting on my version of a cheap Wellie and wading in. Frogs like our latest place and on summer evenings, when the water in the bog goes too low for them to croak about, I see them flopping across the road to our place, where we keep a man-made pond splashing until November. Usually they don’t make it through the winter in our pond, but the other day I found a mud brown frog hiding in the filter, stunned from the cold water and waiting for the sun, like me.

Posted on September 3, 2015 by Mimi Broihier

On any summer night, bedtime in a child’s room is license to play with magic. Once the cheeks are kissed and the still-damp hair is smoothed b

y a mother’s tired hand, once the footsteps fade down the hall and little eyes adjust to the dark, the air becomes charged by fireflies and fairies, creatures given permission from eager little souls to sprinkle them with energy for the night, energy not seen since the ice cream man jingled by at 4:10.

In this particular bedroom, two little girls a year apart in birth, who during daytime hours fight over important things like who gets the fancy spoon at supper and who sweeps the floor, are now equal comrades, anxious to burrow deep into a game of Fishing.

In case you don’t recall this game, it requires a wire hanger and a youth bed with so much stuff shoved underneath it that when a hook is made out of the hanger and then swished around underneath the bed all sorts of curious things appear when it’s yanked out again: a crusty gray ankle sock once white, a Golden Book that is too babyish to read anymore, a glow-in-the-dark rosary, a pair of underwear, a Lincoln log and wait….it’s a doll’s leg, no body to it, just a leg.

The younger girl, hanging head first over the side of the bed like a true fisher-girl reaches for the lone leg, brushes some sand off it and tries to identify its owner. It’s not a Barbie leg because Barbie dolls are not allowed. It’s not Susie Sad Eyes because it’s too long. It’s not Skipper or the Elly May Clampett doll. Those dolls are small. It seems to be the leg of an older lady. One who wears high heels because it is up on its tippy toes in a very adult lady way. Through the process of elimination the girl decides the leg must be from the Jackie doll, once belonging to an older sister. Jackie as in Jackie Kennedy. The rest of the doll is gone, ruined by an older brother who stuck it up on the dartboard and threw darts at it.

In the swirling dark of the bedroom, with the teensiest bit of light shining under the door, finding the leg is enough. To a girl sprinkled with magic, it becomes the entire beautiful Jackie doll and the wall next to the bed becomes a fancy apartment and the little girl taps the leg along the wall, walking it from room to room because that’s what you do with dolls. You create life for them.

She imagines a wardrobe and an entire social calendar filled with dates with doll men that look startlingly like Ken. She imagines wearing makeup on her eyes and probably smoking cigarettes and driving a convertible and drinking things with olives in them. She probably lives in a big city and has lots of pretty high heels to match her outfits.

The girl looks over at her sister who is silent across the sea of debris on the floor between them. The gentle summer night softly creaks with crickets. She is tired and drops the leg back to the floor, but for a few minutes more she lies suspended in that magical place of creation right before sleep.