The Drive. Part Two: To the North Country 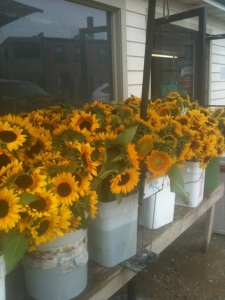 It’s a couple days in to our summer vacation and everything is going well. My parents like my boyfriend Steve.  He is a cheery, polite and enthusiastic little helper for Dad.  Soon the two are visiting Ace Hardware together and washing up the little brown car which Dad has generously offered to us for our trip north to the Leelanau Peninsula. After that we would meet the family in Detroit for my brother’s wedding a few days later. It was a plan made with hearty Midwestern good intentions all around.

On a warm breeze from Indiana we head north out of St. Joe on old Blue Star Highway that skirts Lake Michigan all the way from Indiana to Mackinaw.  It’s a patchwork strip of concrete and asphalt that winds through the dunes and woods that drift along the coastline. Every thirty miles or so another wood town with a post office and a sagging farmstand flies by with a whiff of 1930 in the breeze.  The little brown car is speedy and Steve loves the way it handles. It was light, agile and fast, like a BMW without the heavy Germanic ego.

We scoot off the highway to make a brief stop in Holland to check out the old windmill from the Netherlands. Steve has a Dutch last name, but that’s as far as his cultural background goes, so he stares at the windmill for a long time, maybe hoping to absorb some of its history, giving him some roots to hold onto that he can’t find anywhere back in LA.

Back on the road we find an abandoned rest stop that looks like a great place for a picnic. The grass is up to our knees and the tables are cracked, but the view is unforgettable. We sit looking west across a field to the lake, caught in a Monet painting of blue waves fluttering with whitecaps.  We devoured the sandwiches my mom packed up with tomato slices the size of hockey pucks and slathered with a vein clogging layer of mayonnaise.

I am in heaven.  It was the perfect Michigan summer day. The kind of day that you never forget even though it’s twenty years later.  You still feel the soft, warm wind on your cheek. You still feel your hair blowing all around you, getting in your eyes and mouth. You still hear the hush of the birch leaves and the wind in the pines.  Steve can’t contain himself.  “Like, this is so cool! It’s as big as the ocean, man!”

It was actually never a good idea to bring Steve to the wedding, but you would have had to tell me that months before I ever got my brother’s wedding announcement, before Steve and I even moved in together and way before I realized Steve was in every way not the guy for me, even though when we met, his cheery disposition was just what I needed.  Somehow having nothing in common with him was a salve for my life at that point. It let me forget everything for a while and just live. Like I said, he was just what I needed.

For a brief time I had a cushy job at a small ad agency where I produced radio commercials and bought commercial time at stations around the country. I would use a sound studio in Burbank for production, where I’d meet the voice-over talent, sit in the booth, press a button and say “Could I have that one again please?”  It was a cushy alright and I liked it. It was the late 80s in LA after all, so the job included lots of lunches with sales reps and afternoons at the studio. It was Mad Men of the 1980s, when we were still allowed to accept gifts, leave work and go to parties and drink in your office.

But all good things end all too soon and now I was at a big agency, which meant less nonsense, long hours and low pay. The media department was a female ghetto, full of young women working for nothing. The only benefit was being able to put the agency name on your résumé. To me that meant work for a year and get out. To make that happen, Steve and I moved in together in the dilapidated guest house behind his parents house. For a while it was OK, but my hours at work were so long we never saw each other and our tenuous connection began to fray. That’s when we left for Michigan…

This entry was posted in Body, mind and spirit, Fearless Living, Happiness, Vacation. Bookmark the permalink.

8 Responses to The Drive. Part Two: To the North Country